In August, the new FAA Part 107 rules take effect governing the use of drones on television and film productions. Flying Cross will continue to do business in the same manner we have been; serving television and film clients from Austin, TX to Boston, MA, and west to California with highly experienced pilots and camera operators flying the large heavy lifter drones with the best in camera equipment such as Red Dragon and Arri Alexa.

Other provisions of the new Part 107 regulations will allow more flexibility with respect to operations near airports, property and people. This is good news since there were many jobs that could not legally be done before this.

There are however, some limitations in Part 107 that may affect your production. For example, Part 107 does not allow flying over people that are not part of the flight crew. We can still do that at Flying Cross under the closed-set provision of our 333 Exemption.

For us, having the option of operating under the provisions of our 333 Exemption OR Part 107 offer ultimate flexibility for you, the client. And, as FAA licensed pilots and mechanics, we operate with years of experience in full size and drone aerial camera aircraft.

Flying Cross has an FAA Waiver which allows us to operate during periods of night. We put this to use frequently when operating during the early morning hours for live news broadcasts.

Normally, under Part 107, drone operations require a minimum visibility of 3 statute miles and that the aircraft remain at least 500′ below the clouds and 2000′ horizontally. This can be a deal breaker in many cases when conditions are otherwise suitable for filming!

Flying Cross is currently the only drone filming company in the country with a waiver to these regulations. This means we can fly when the visibility is 1 mile and the aircraft need only be 100′ below the clouds. This removes a lot of stress on the production if marginal weather is in the forecast! 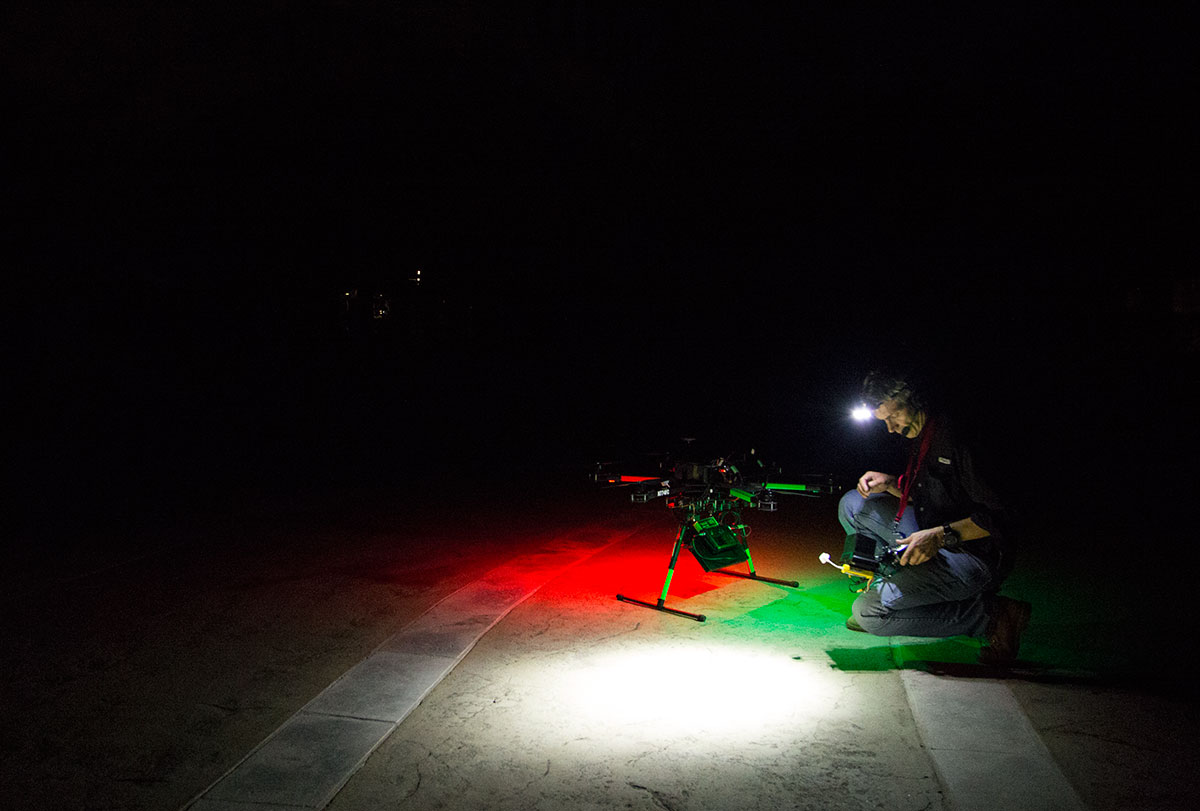